How many Bibles and other Scriptures do you think are distributed around the world in a year?  The United Bible Societies have released the figures for 2017 and it is well worth a read! Read a full report here.

We are always amazed how God’s Word continues to be spread in conflict zones and difficult places. A record number of Scripture portions – 200,281 – were distributed in Syria in 2017. George Andrea, who leads the team of four Bible Society staff in Syria, said the Aleppo bookshop has remained open almost every day throughout seven years of war.

God makes a way for His message when there doesn’t seem to be one! 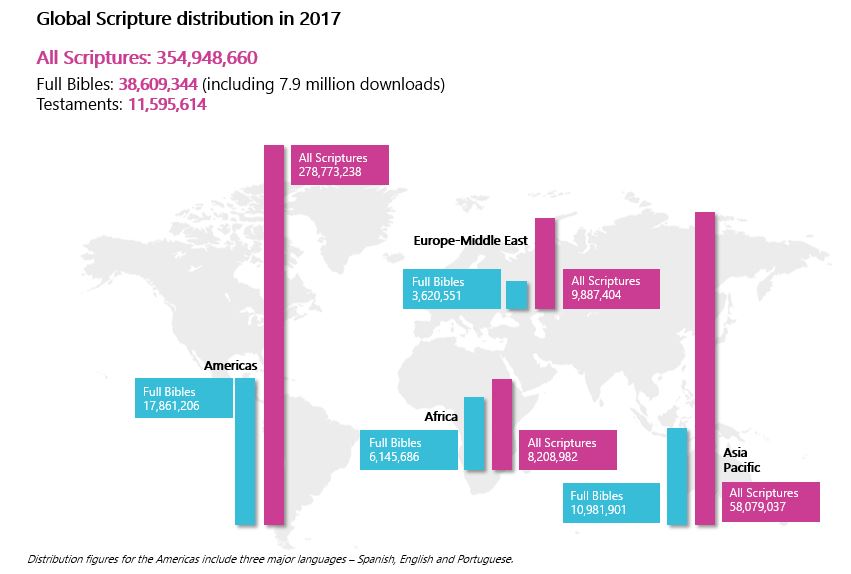 Digital access is also changing things for many people. Apps like YouVersion’s Bible app use the United Bible Societies’ Digital Library where Bible passages can be read in 1,269 different languages! The full Bible was downloaded by more than 7.9 million people. 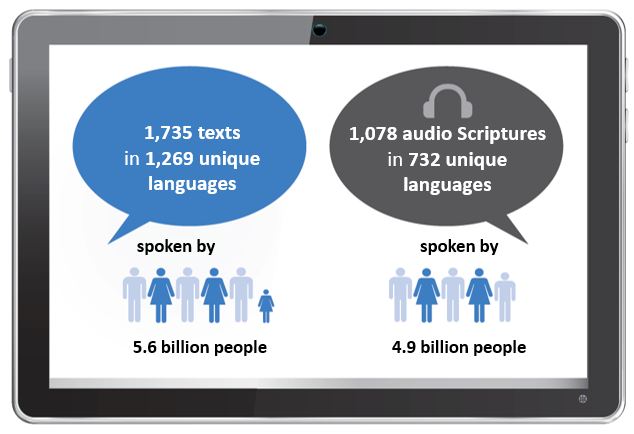 There are still so many languages without any Bible translation. As many of these are smaller language groups this means that while so few of the world’s languages have a full Bible, 71% of us can read it in our own language. 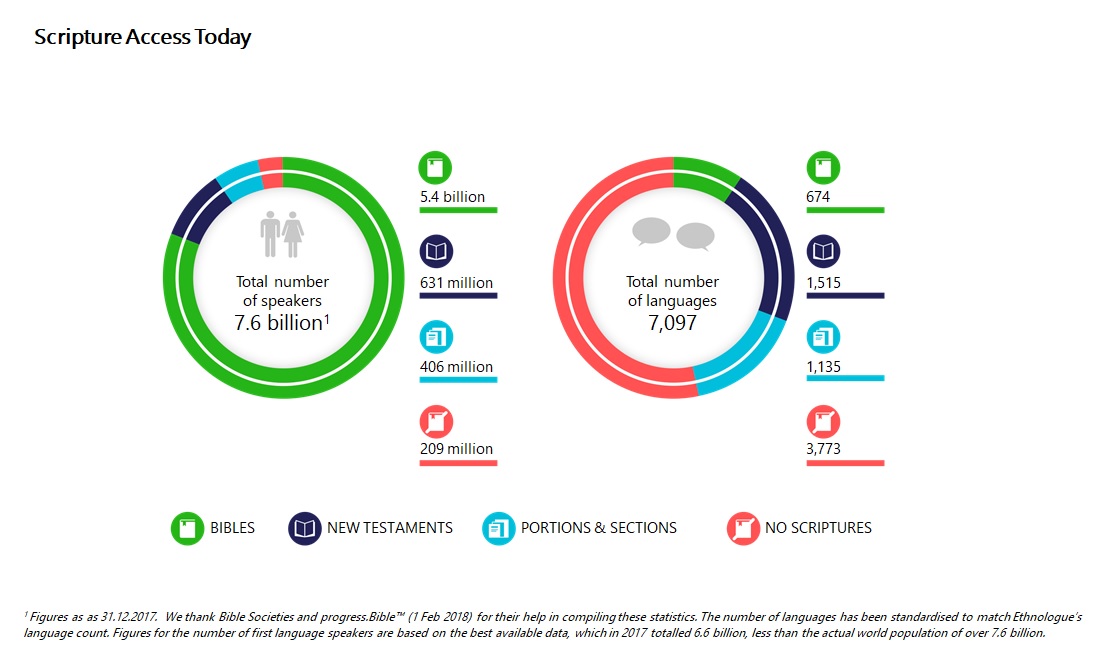 For more helpful information, have a look at these reports. They are easy to read and eye-catching, packed full of useful and though-provoking facts.

Have a query about online donations or anything else?