Whilst the Coronavirus pandemic has caused difficulty for lots of Bible work, we are thankful that Scripture translations have been completed in 66 of the world’s languages during this time, directly benefiting 707 million people. For 46 languages, this was the first Scripture translation. As reported in the Spring version of our Word at Work magazine, included within this exciting news was the completion of the American Sign Language Bible, which is the only sign language in the word (out of an estimated 400) with a full Bible translation.

Alongside this progress, the first New Testaments in 11 other languages, impacting 4 million people, were completed. The resulting joy has been expressed by those who are now able to access the Bible in their languages.

Recently the Epie, a language spoken in Nigeria, had its New Testament translation completed. An Epie speakercalled Iwo Samson remarked “As I receive this Epie New Testament today, I am the happiest person”. His delight with having received the New Testament in his language illustrates how translations are received by those who are provided with the opportunity to fully grasp Scripture, in their heart language.

A rare moment of celebration occurred during the difficult year, when the number of languages with the full Bible reached 700 in August, demonstrating how God has still been working amidst the struggles of the pandemic. 825 million people now have the New Testament in their language, and 450 million people can now read certain portions of Scripture in their heart language.

The image below provides a condensed insight into the current key figures of Bible translation: 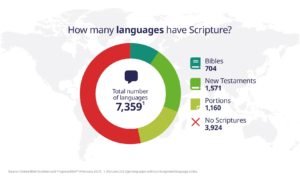 When United Bible Societies was established, 75 years ago, fewer than 200 languages had the full Bible in their language. Only slightly over 230 had their version of the New Testament, and 620 had Scripture portions. Since then, huge progress has occurred, with the number of languages with some Scripture more than tripling!

However, whilst this is huge cause for celebration, more than half of the world’s 7,359 languages have no Scripture at all, with 1.5 billion people still not having a full Bible translation in their language. Such statistics provide that while significant progress has been made, the work of Bible translation is not complete.

A 20-year Bible Society translation roadmap seeks to ensure that 1,200 translations occur, to make Scripture available in the languages of 600 million people for the first time. Currently, more than half of the world’s 7,359 languages have no Scripture at all, maintaining that 1.5 billion people still do not have the full Bible in their language. 80 translations have been completed, 312 are in progress, and another 808 are yet to begin.

Since languages adapt over time, new versions of the Bible in certain languages are vital if younger generations are to be able to continue to have access to Scripture. Last year, Bible Societies published new or revised translations in 21 languages used by 694 million people, including nine full Bibles, demonstrating that such needs are being met. Also, the needs of those in need of extra support are being recognised. COVID-19 hindered Braille Scripture distribution and engagement work in many countries, but 2020 saw unprecedented progress in translating the full Bible into more languages. The full Braille Bible was completed in five languages, three for the first time, and portions of the Bible were published in two other languages. Consequently, 48 languages now have the full Bible in Braille.

This is exciting news, every year more people have access to God’s Word. But there are still so many waiting. Please join us in praying for Bible translation around the world. 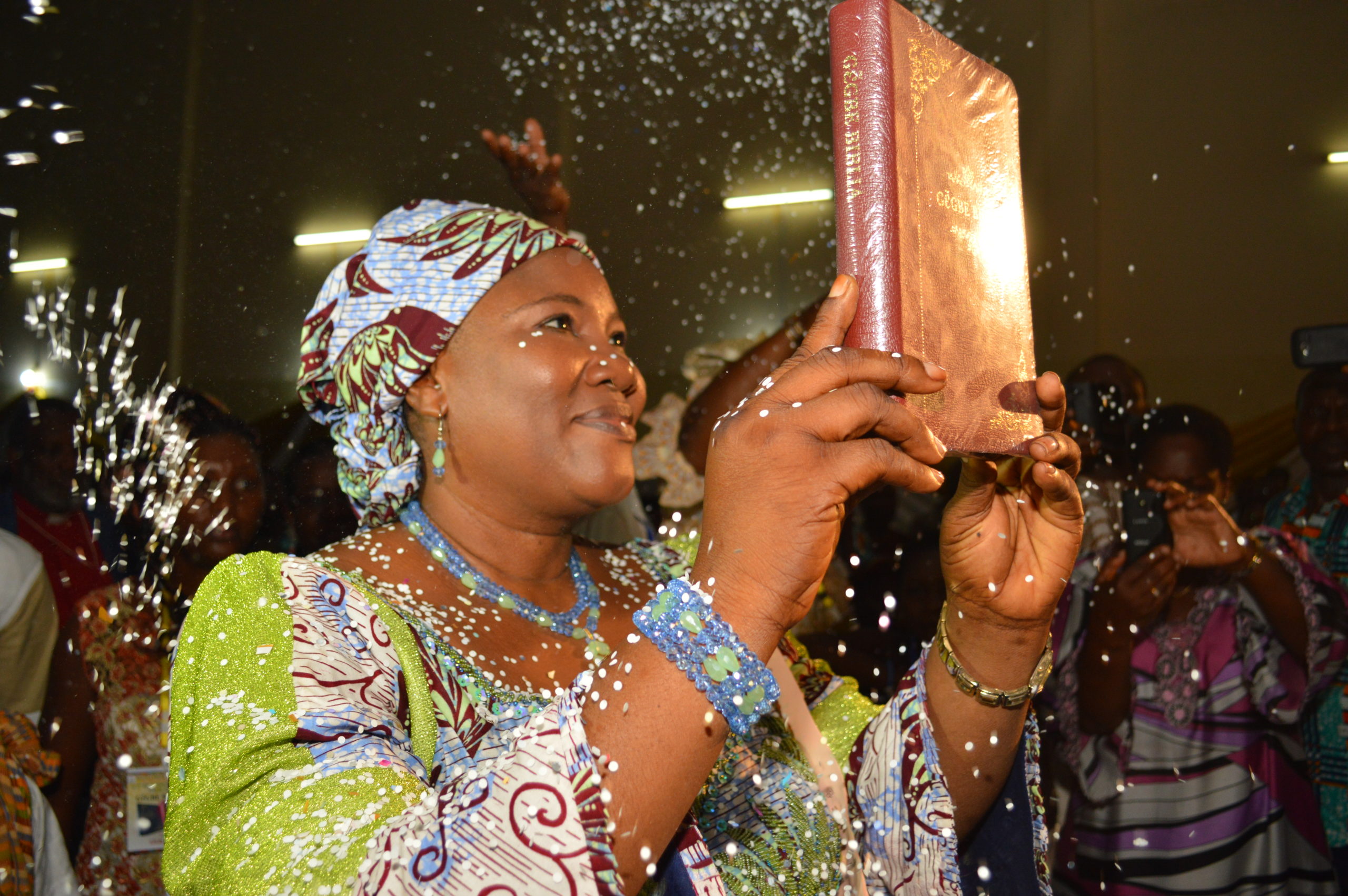